A couple of years ago a friend of mine asked if I would be interested in sailing across the Atlantic. He is an experienced sailor and I had previously been on his boat, so he knew my distinct lack of sailing capabilities.

I said “yesssss” and in February 2017 went on a weekend keel boat sailing course on the Forth.  “What is a keelboat?” I hear you ask. “It is a yacht without a kettle” or indeed any cons, whether mod or not.

That soaking experience did not put me off, though I heard nothing more about it until much later, last year, when he said that his plans had changed and he was now aiming for New Zealand.

His brother had died from an allergic reaction to mammalian blood from a tick bite on Mull and his fiancée, unbeknown to both, was pregnant and she returned home to New Zealand, hence this final goal.

Richard sensed my reluctance and said there would be shorter passages, so I signed up for the West of Scotland and Shetland with an option to go to Norway and then down to see my sister in Sweden.

Richard’s father had been a renowned Viking scholar and lived in Sweden and Richard’s son currently live there as well, so lots of Swedish roots.

The sailing was astounding! Great weather, tremendous crew and lovely food – in addition to skippering, Richard was also the chef. There were also lots of wildlife including otters, sea eagles, seals, dolphins and porpoises and even a minke whale that swam under and around the boat!

Under Richard’s watchful eye I skippered ‘Equinox’ past Ardnamurchan Point and got her up to her highest speed until then! This entitles me to pop a sprig of heather on any boat I now go on!

Eventually we got to Stornoway and once there, I had to go and ask the coast guard a question. Their office was abuzz about the sole Swedish female sailor who had had to be towed into harbour earlier that day.

Coincidentally we were berthed opposite ‘Caprice’ and her sailor/owner Emma from Gothenburg. Emma tells her story far better than I can in her blog: SAILING ALONE ON S/Y CAPRICE, press the link to read it in her own words.

In short, Emma sailed from Gothenburg across the Atlantic on to Brazil. She had intended to go further south to the Falklands, though her boyfriend suggested she possibly return as her engine broke down.

The engine could not be fixed in St Helena, so she then set sail all the way up and round St Kilda, until she almost ran aground on the Butt of Lewis.

Caprice was towed in and astonishingly two of her parent’s friends were berthed in Stornoway and they fed Emma up. She had been living on pulses for weeks and was down to virtually no food.

Richard suggested she would pop on board Equinox and I was tasked with making that most English of teatime foods – cucumber sandwiches! I’ve never made them before but they passed the test.

The following day we caught the evening tide and towed Caprice out of Stornoway into, what is usually, the windy waters of the Minch. Not quite flat calm, although close to, but just enough wind for Emma to be underway under her own. Still, I think it took 12 days to get back to Sweden thanks to the very unusual weather patterns. 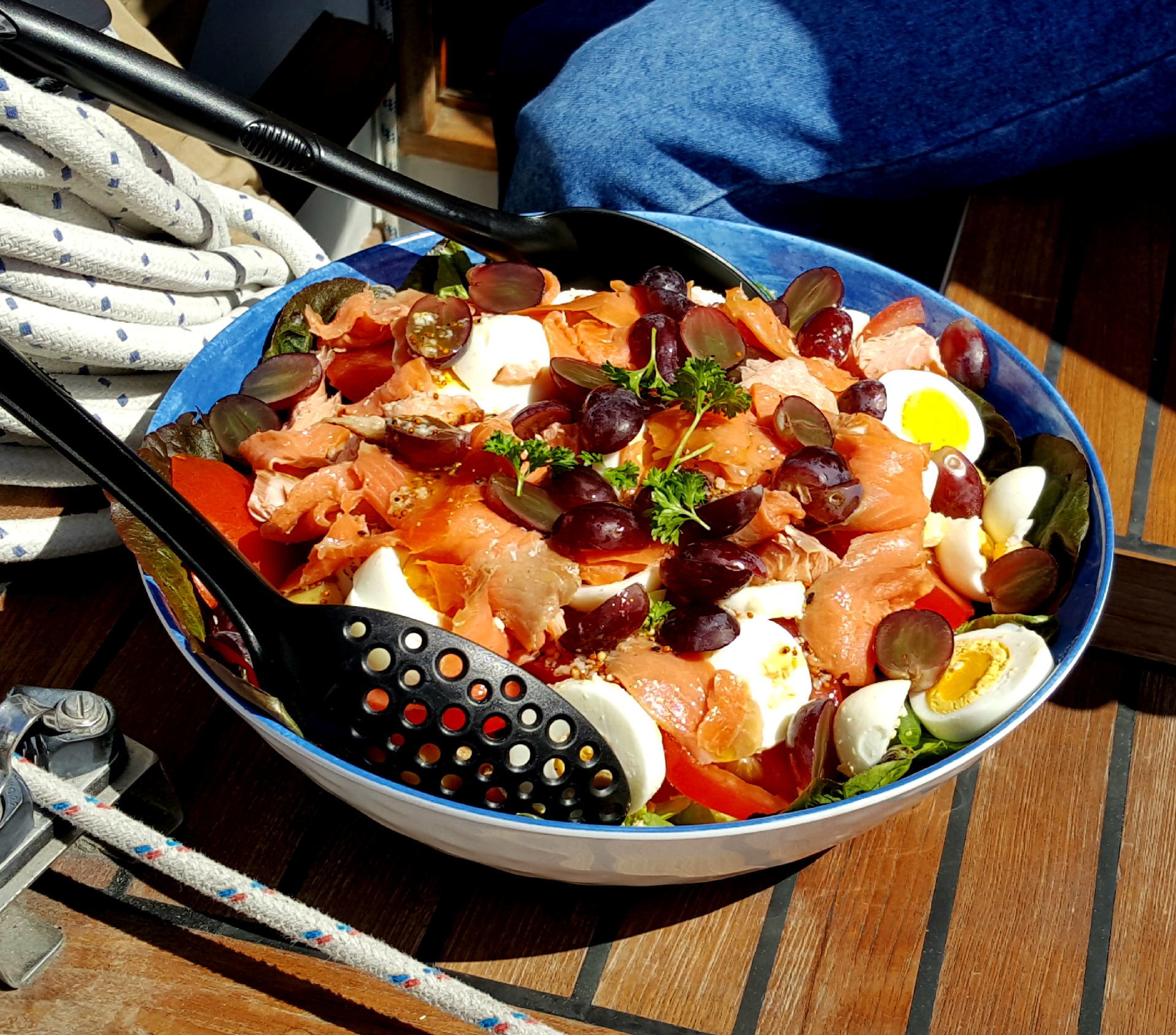 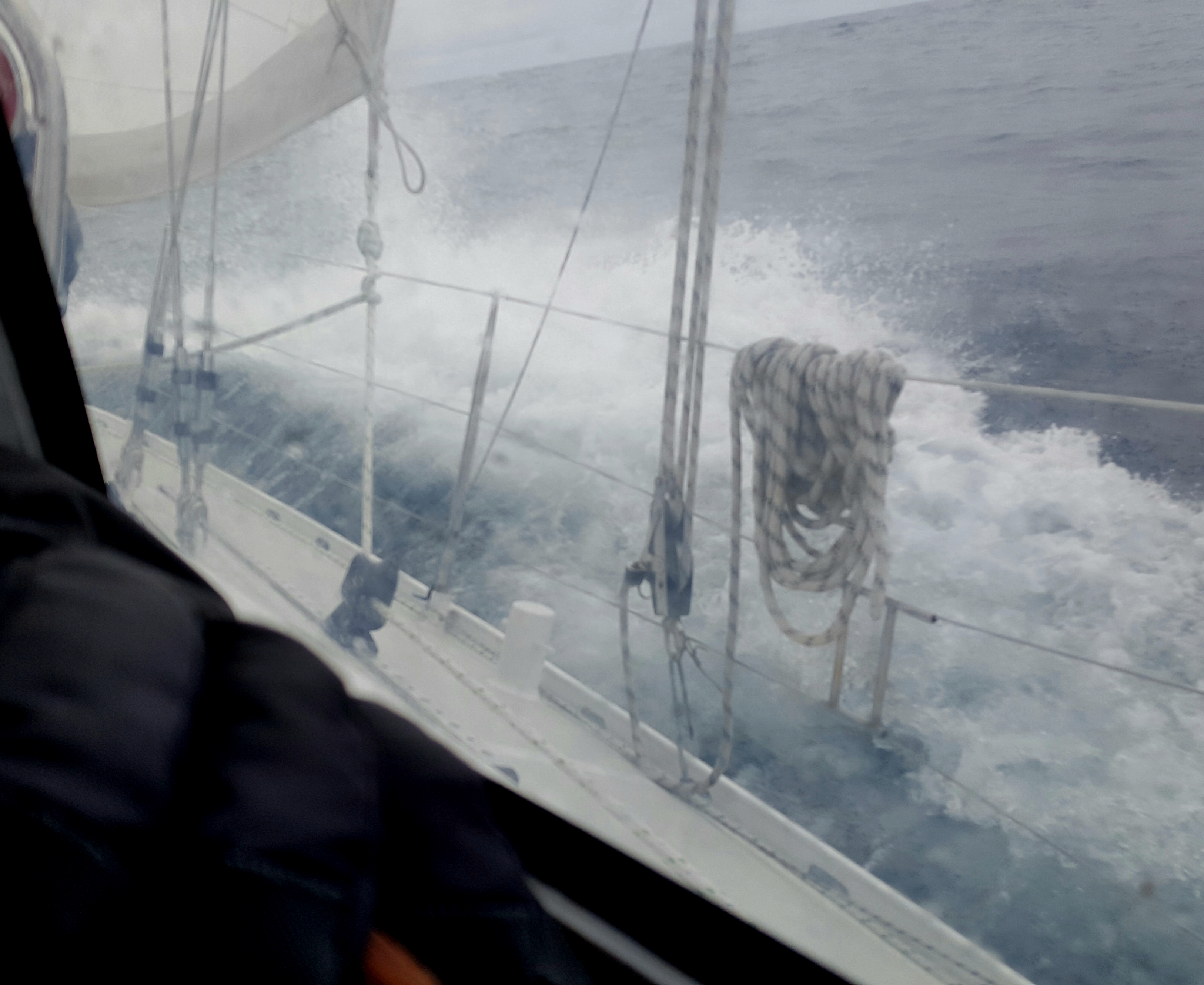 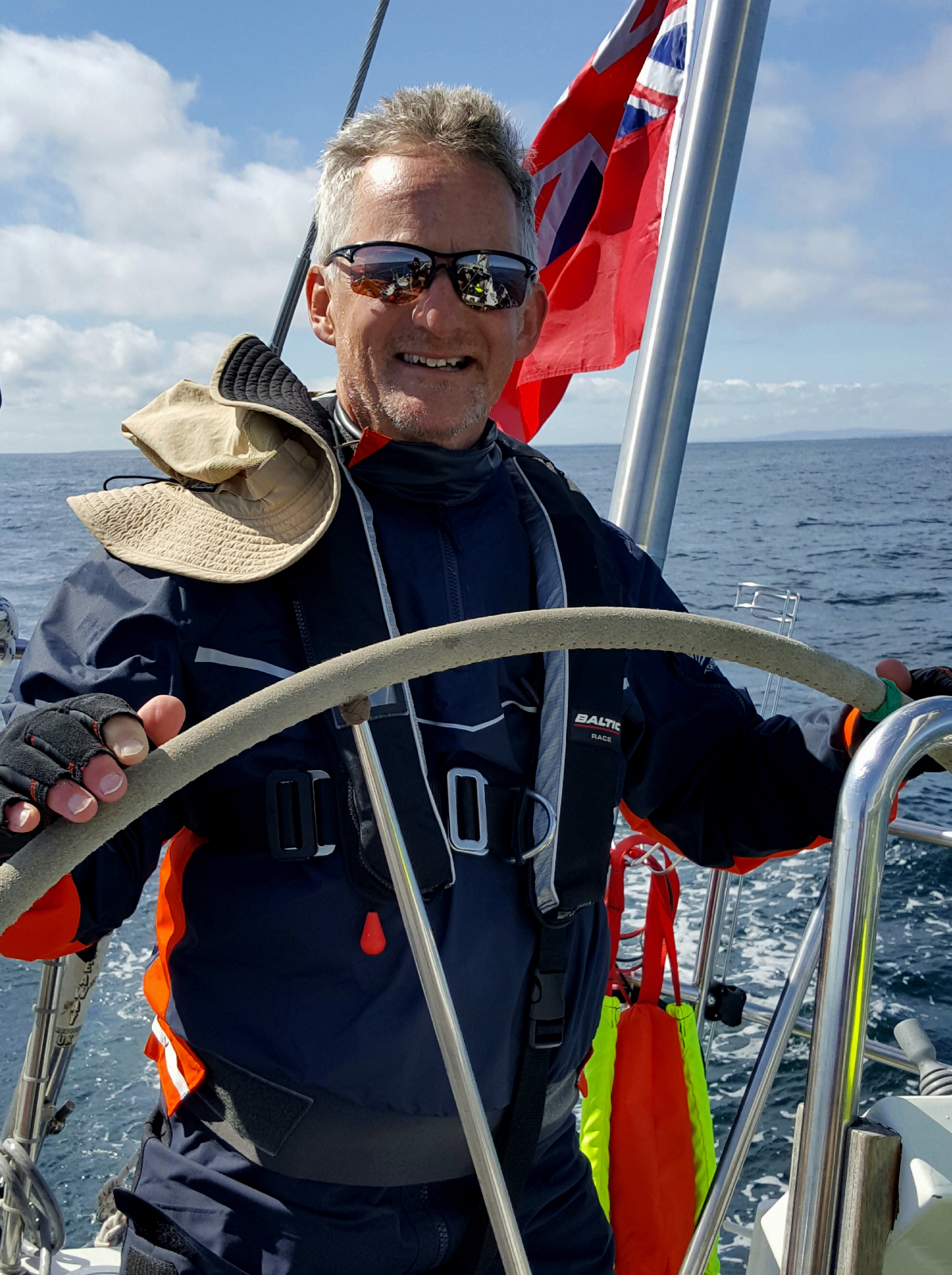 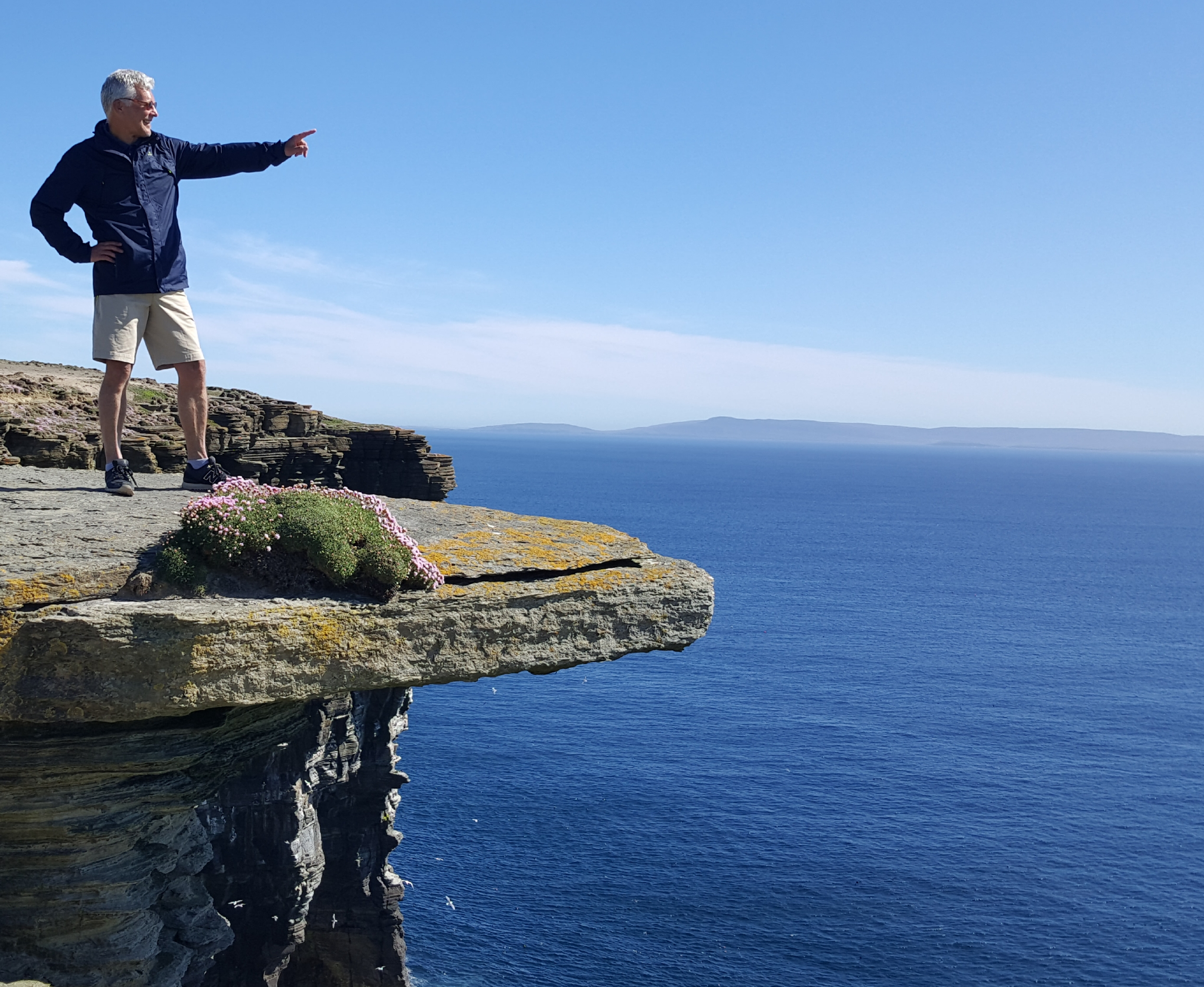 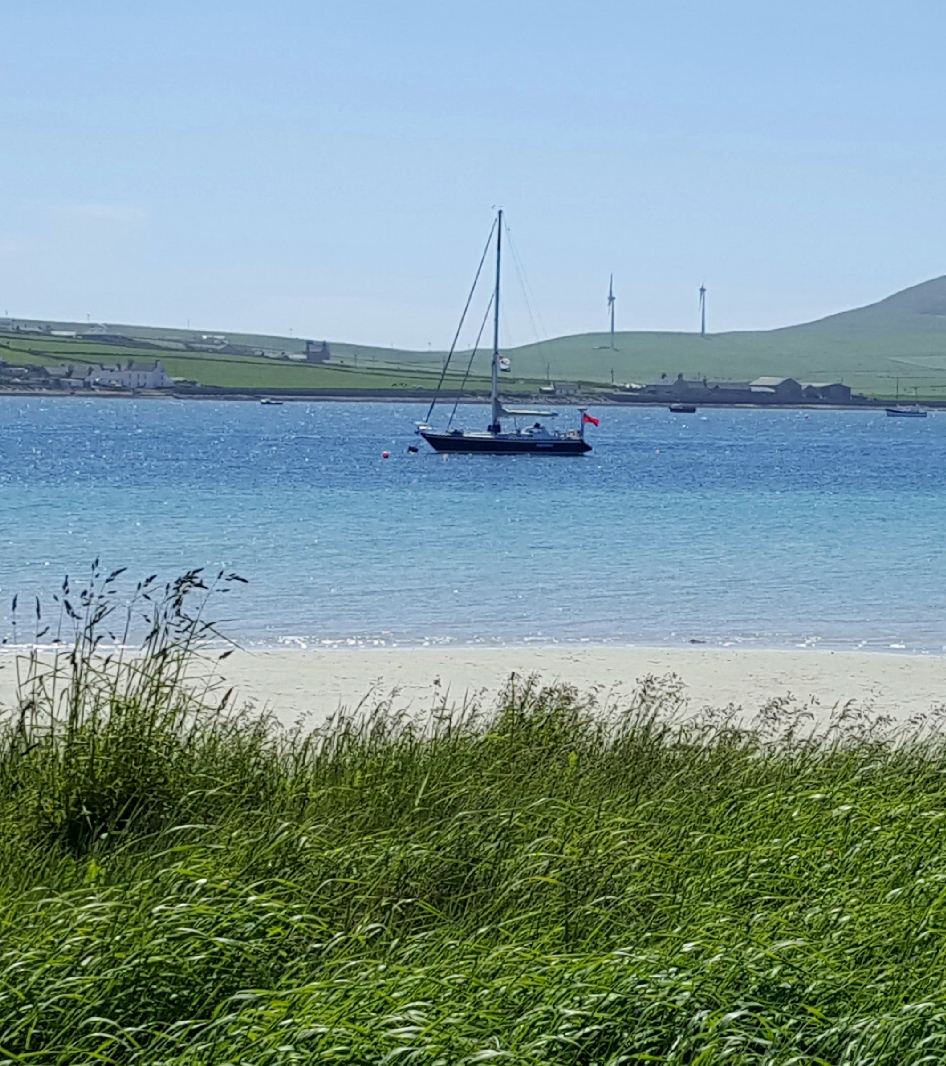 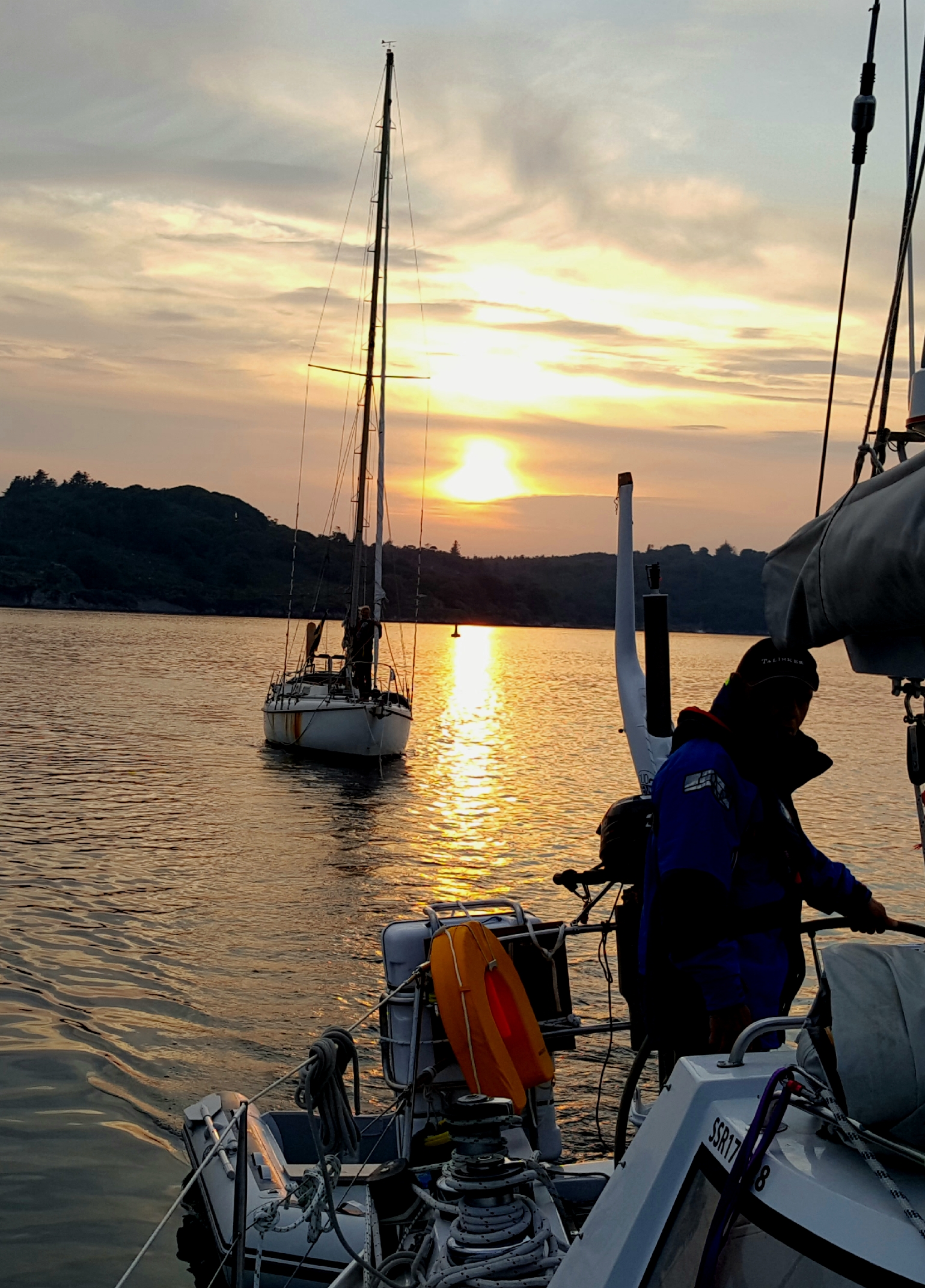 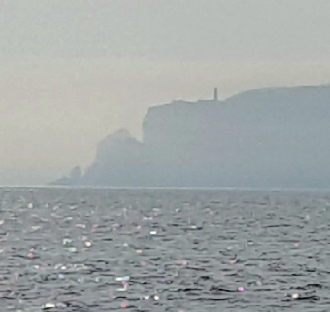 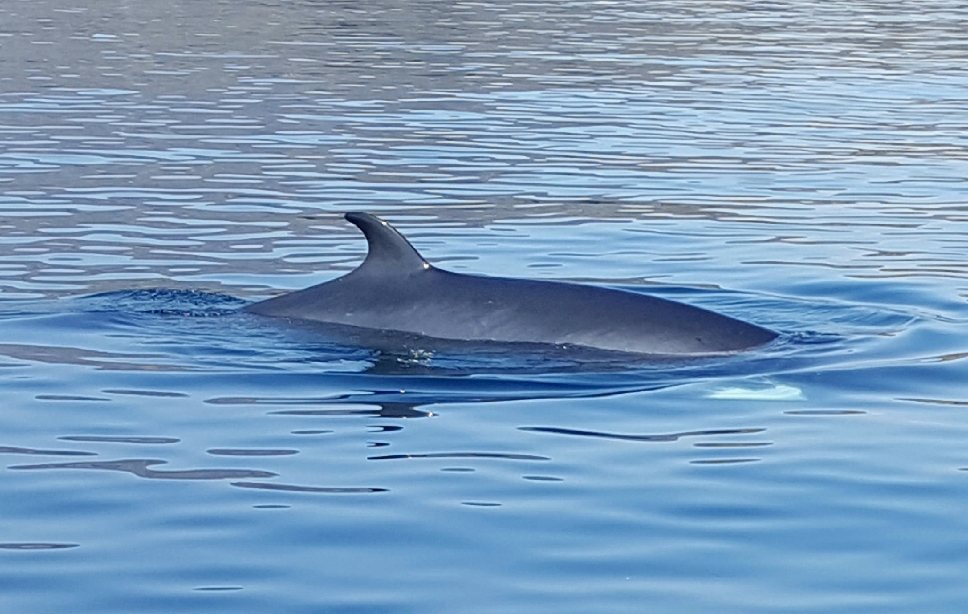