Many members of the Society came to vote in person at the Edinburgh polling station on the first or second of September. They will have seen some familiar faces behind the desk as the Society’s committee had been asked to help with the arrangements. How did this all come about?

We were first approached several months ago with a request for volunteers as the Edinburgh pollingstation was not going to be managed by the Consulate. We were pleased to help out, and it was not difficult to find people glad to work alongside Anna Brodin who came up from the Embassy as their
official representative. We then had to study an extensive manual and work through a demanding on-line training system. At the end of it we emerged knowing more than we had imagined there was to know about the operation of the Swedish electoral system, the forms to be filled in and the reference numbers to check. Not to mention the detail of who can vote in which of the three levels of election taking place. One or two voters came up with problems we had still not foreseen, but we managed, with expert help from Anna, and we hope people felt their encounter was as it should be.

This note is being written before the outcome of the election is known – the voting in Edinburgh took place a week ahead of the election day in Sweden to allow time to get voting papers back to the right place. A few points struck us very strongly. The sheer number of voters coming along was much higher than we had expected, so it was just as well we had plenty of voting slips. In the last election around 85 people voted in person in Edinburgh. This time it was nearer 250, nearly three times as many. Many electors said they felt it was a particularly important election and they had to make the effort to cast their vote. Some had travelled a long way to do so, including one woman whose train had been delayed and phoned to say she was anxious she might be too late. She just managed it!

We also noticed how many young people were among the voters and quite a number said they were voting for the first time. We imagine that many of the longer-established Scottish Swedes vote by post, but the numbers of young voters was nevertheless very heartening.

For those more accustomed to the British voting system, it was also notable how the Swedish system makes great efforts to ensure that everyone who is theoretically eligible to vote is indeed able to do so. That requires quite a complicated system behind the scenes, but it seems to work with admirable efficiency.

Helping at the polling station was an interesting and rewarding way to spend the weekend. However the election turns out, it was something to which we were all pleased to contribute. For the Society, it was good that we were able to demonstrate our role as a focal point for the Swedish community in this new way. 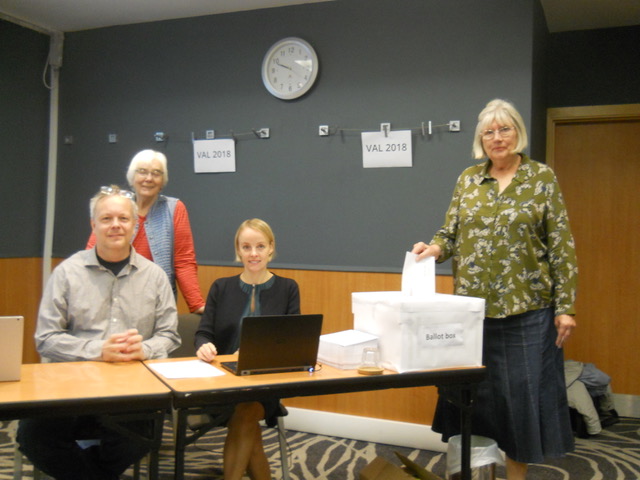 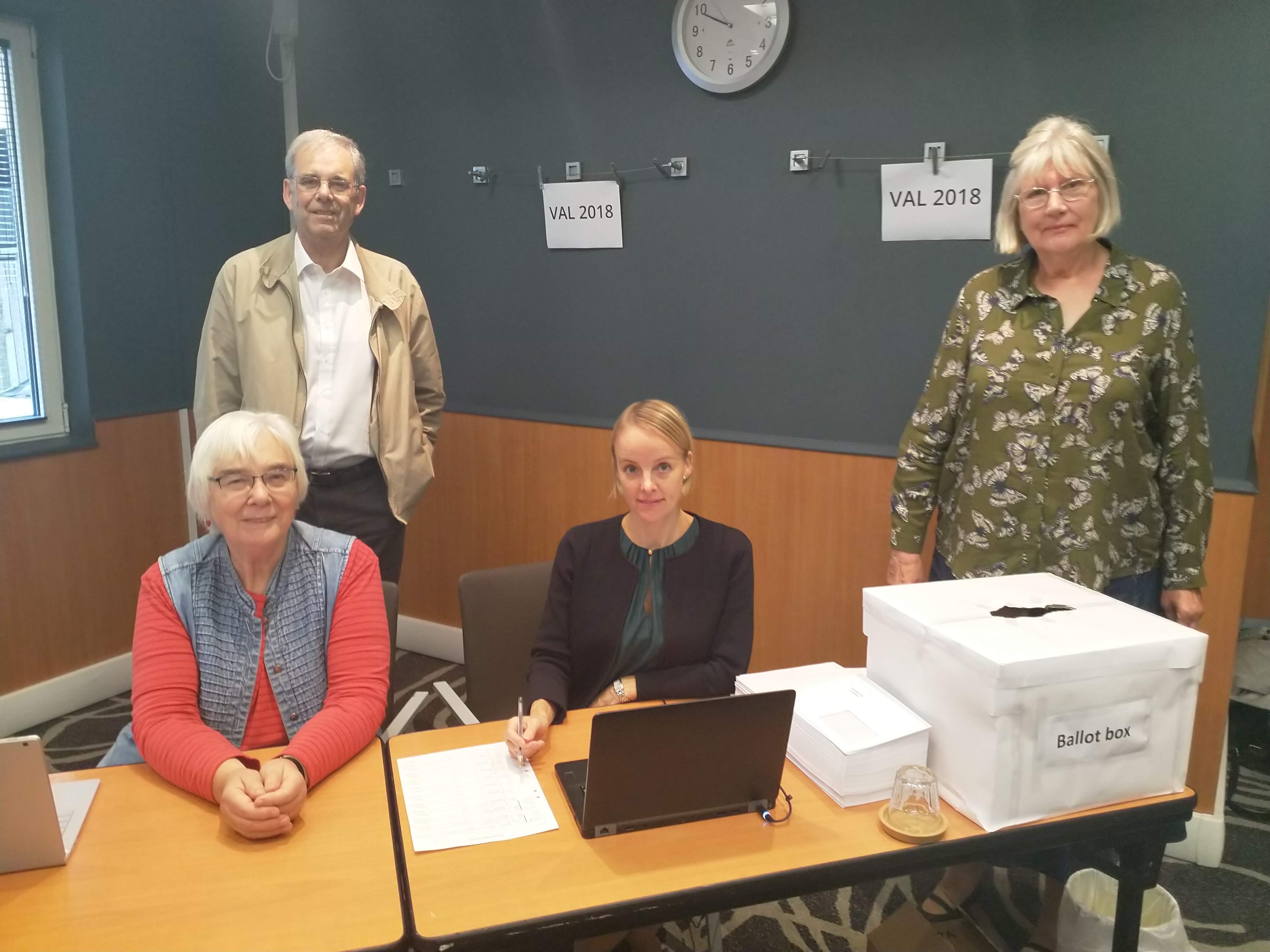